The lease contract for the installation of a wind farm 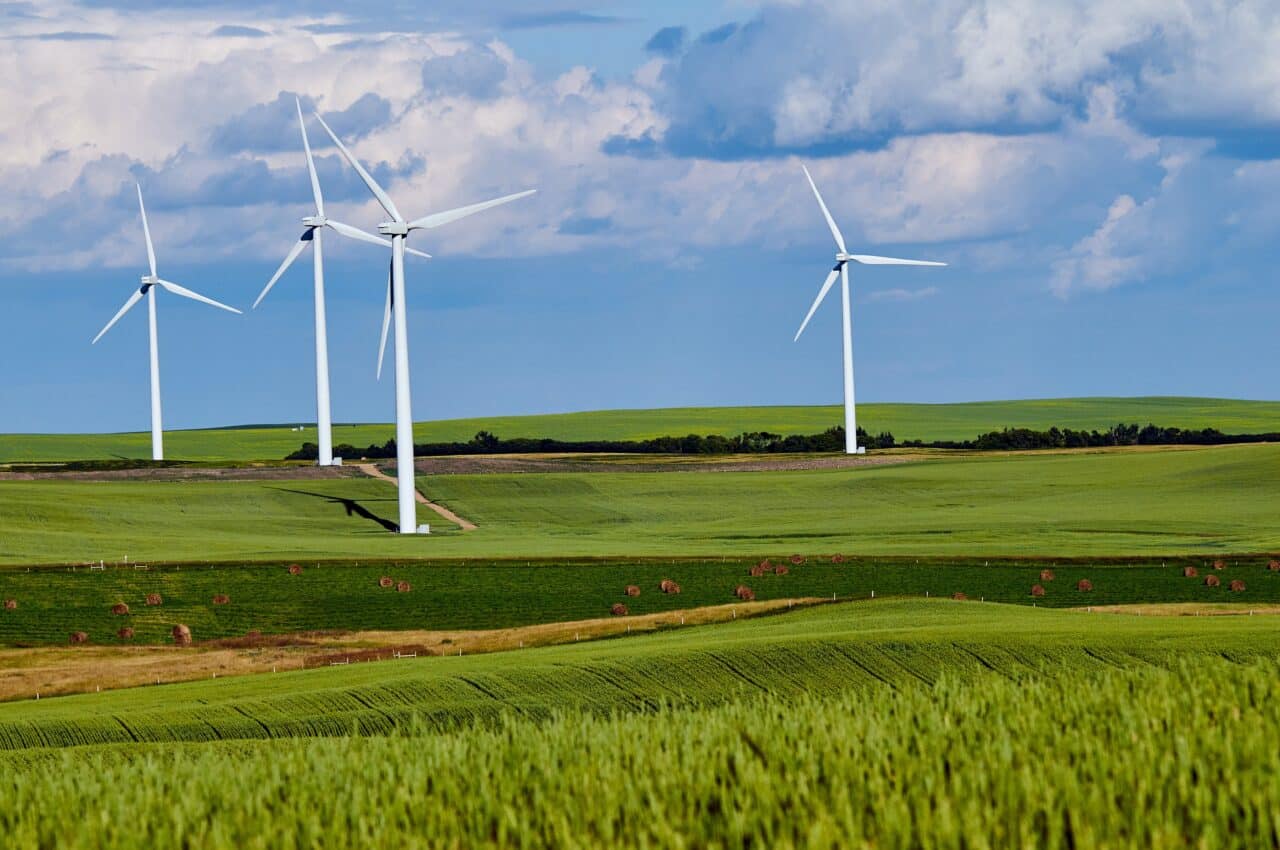 The lease contract for the installation of wind farms is part of the renewable energy exploitation activity.

In a social and environmental context in which progress is gradually being made with events at European and world level such as the Earth Summit in Rio de Janeiro in 1992 or the Kyoto Protocol (which starts the implementation of the United Nations Framework Convention on Climate Change), contemporary society (which is already tackling the Fourth Industrial Revolution) is being pushed to implement the use of renewable energies for various reasons.

In connection with the Kyoto Protocol, the Clean Development Mechanism was established, which seeks to channel investments from industrialised countries towards renewable energies, with a twofold objective: to reduce pollution and to help developing countries attract foreign investment and generate employment.

Wind farms play a key role in renewable energy production. Although they require a rigid and complex procedure for the initiation of the exploitation of these resources, the advantages in the short, medium and long term are numerous. With the Recovery, Transformation and Resilience Plan drawn up by the Spanish government, seeking to comply with European environmental guidelines, more than 70,000 million in non-refundable funds will be distributed for projects such as the rehabilitation of the housing stock or aid for energy companies (which must implement among their forms of exploitation those aimed at the use of renewable energies).

In a web of environmental, employment, economic and even cultural consequences (new generations are growing up adopting new habits that tend towards sustainable development), entities in the energy sphere are encouraged to replace other forms of activity with those linked to renewable energies. Leasing contracts for the installation of wind farms are gaining weight in this context, with 1265 wind farms located in Spain, most of which have formalised their activity through this type of contract.

In a context that invites one to think that the lease contract falls within the framework of Law 49/2003, of 26 November, on Rural Leases, article 6 of this legal precept specifies that contracts for purposes other than agricultural, livestock or forestry exploitation are excluded from the scope of application of the text.

The legislation applicable to this type of contract is, therefore, Law 29/1994, of 24 November, on Urban Leases. It is specified that compliance with Titles I and IV of this legal precept will be imperative and that, without prejudice to these titles, the will of the parties will prevail; failing this, Title III of the LAU and, supplementarily, the stipulations of the Civil Code.

As a complement (especially for the initial stages of the procedure to perfect the contract) and given the link with the environmental field (specifically, the field of renewable energies), Law 21/2013, of 9 December, on environmental assessment, is applicable. It formalises the start of the relationship between the parties, obliging them to comply with the environmental impact assessment procedure, which will enable the competent authorities to determine the viability of the operation project.

As a prior step to the initiation and start-up of the operation, a crucial procedure is required to control the activity of entities that decide to invest and dedicate their resources to the use and exploitation of renewable energies: the environmental impact study.

This study (regulated in articles 35 et seq. of the Environmental Assessment Law) forms part of a procedure detailed in Chapter II of the regulatory body, making the continuation of the project subject to the fulfilment of all the steps and the approval given by the entity in charge of the control and review of environmental impact studies.

The reason why this procedure is compulsory is obvious: the need to maintain an activity with renewable energies that favours the reduction of pollution.

As stated in the Supreme Court Ruling of 7 October 2009 (rec. 1570/2005), as well as the Supreme Court Ruling of 16 February 2017 (rec. 383/2016), ”the Environmental Impact Study, as well as the corresponding Declaration have the objective of preserving the natural resources and the environment of a certain area that has to be chosen as a consequence of the exclusion of other alternatives after the corresponding comparison of the effects of the location on the various environmental aspects of the area”.

A complete lack of monitoring procedure would be counterproductive because of the type of infrastructure required for the development of the activity, and it is necessary to require manufacturing that respects the aims of using renewable energies (such as sustainable development).

The second important point to be addressed in the wind farm operation procedure is access to the wind farm site. In this case, only the 4 ways of transferring the use/operation of the land will be mentioned, developing only the way of the lease contract:

Without going into the advantages and disadvantages of each system, the lease contract for access to the wind farm land is the access route that will be analysed in the rest of this article. The rest of the options present a differentiated procedure, both in the negotiation of the conditions and in the payment of the agreed price/remuneration

BODY OF THE LAND LEASE CONTRACT FOR WIND FARM INSTALLATION

Once the Environmental Impact Study has been carried out and the land to be leased has been chosen, the obligations must be formalised by contract. The regulatory framework directs the parties towards the execution of a synallagmatic contract (although governed by the well-known freedom of agreement, both at a formal and material level).

The basic obligations of this type of contract are

The standard structure of the lease contract will include in its main outline:

THE PAYMENT OF THE CONSIDERATION

The most controversial point during the negotiation and conclusion of the contract, as is usually the case, is the setting of the monthly rental payment.

The 3 ways of fixing/paying the consideration are:

1.- Participation in a fixed percentage of the monthly turnover.

With regard to the participation in the monthly turnover, this is the most volatile system and therefore generates the greatest uncertainty and risks for the lessor. It can be given a certain degree of security by fixing the payment of a minimum amount regardless of what is invoiced, but it is still a price-fixing system that not all lessors can afford (at least if their volume of income depends largely on the leasing of this land).

2.- Payment of a fixed fee based on the surface area occupied.

The percentage of participation is fixed in the annual calculation, but increases progressively over the years (normally between 1 and 4 % of the total turnover).

3.- Payment of a variable fee depending on the installed capacity

With regard to the payment of the fixed fee per occupied surface area, this type of payment is subdivided into:

END OF THE CONTRACTUAL RELATIONSHIP: THE DECOMMISSIONING PROJECT.

This project is one of the keys to the completion of a contract that protects the owner. Both the deadlines and the actions resulting from the end of the activity and, therefore, of the contract, and the assumption of the expenses incurred by the lessee, will be specified in this project. Along with the guarantees attached to the end of the contractual link, others will be established, such as a bilaterally negotiated deposit depending on the volume of the activity and the risks assumed by the lessor.

The most important points of the Decommissioning Project are:

The Decommissioning Project is a concretisation of the general duty of care when it comes to respecting the contractual conditions, with the lessee himself having to return the object of the lease to its owner with the minimum amount of damage, as well as carrying out the necessary repairs/assuming the necessary expenses so that the potential loss of value or usefulness of the land is cancelled. Ideally, one of the warranties should be set as a guarantee against further damage during the decommissioning process, in order to save oneself from possible insolvency of the lessee, or unwillingness to remove the installed infrastructure.

The lease contract for the operation of renewable energies is a type of contract that is on the rise, allowing both new entrepreneurs and companies with more experience to start up the activity by eliminating the risks of an investment aimed at buying and selling the land, or the procedures for the administration to agree to start an expropriation process that would slow down the start-up of the operation (in the event that the administration accepts that there is a real public utility, which is not a certainty).

In the analysis of the body of the standard lease contract for the operation of a wind farm (the side dedicated to obtaining wind energy), the entire procedure is secure, from the first steps (with the Environmental Impact Study, to ensure compliance with the environmental commitments) through the negotiation and perfection of the contract and ending with the final payments and the dismantling and settlement of the link between the parties consecutively.

If you need advice on this type of contract, please contact us.