Modifications in leases due to the war in Ukraine and the recovery of La Palma: the measures of Royal Decree-Law 11/2022 of June 25 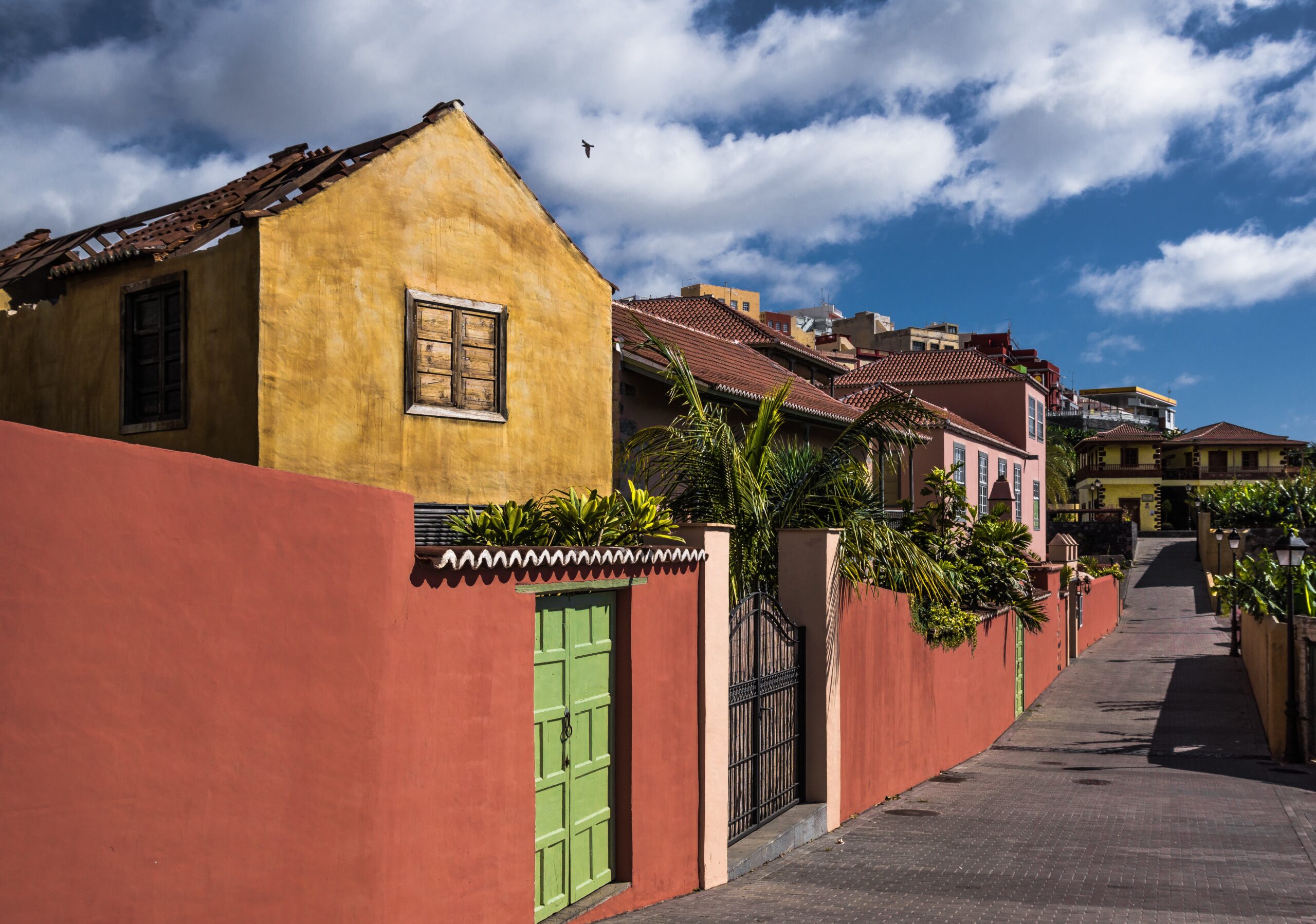 In the recently approved Royal Decree-Law 11/2022, of June 25, adopting and extending certain measures to respond to the economic and social consequences of the war in Ukraine, to address situations of social and economic vulnerability, and for the economic and social recovery of the island of La Palma, crucial decisions have been made that affect the channel of the real estate market and its regulation:

– Limit the updates of the rent of housing rents.

– Limit the compensation that the landlord or owner may request.

However, the unsatisfactory results of the aforementioned Royal Decree-Law 6/2022 generated the need to legislate again on the matter, urgently, basing this action on the fact that the international economic situation has continued to deteriorate and the downward revision of the economic growth forecasts by the main international organizations.

Among the needs that this Royal Decree-Law 11/2022 intends to cover, we have seven essential keys of its action plan:

– Modification of the taxable base of the tax on the value of electricity production.

– Extension of the energy price reductions.

– Freezing of the price of the butane cylinder.

– Extension of the price reduction procedure for non-emitting technologies (RDL 17/2021).

– Modification of the taxable base of the tax on the value of electric energy production.

– Measures on environmental processing and zoning of projects.

– Extraordinary limitation, until December 31, 2022, of the annual update of the rent of housing lease contracts.

– Extension until December 31, 2022 of the suspension of eviction and launching procedures in the cases and in accordance with the procedures already established. The extension is instrumented through the modification of articles 1 and 1 bis of Royal Decree-Law 11/2020, of March 31.

– Adaptation of the regulation of the compensation that may be requested by the lessor or owner contained in Royal Decree-Law 37/2020, of December 22nd.

MEASURES ON ENVIRONMENTAL PROCESSING AND ZONING OF PROJECTS.

It is established that new renewable projects must be located in areas of low sensitivity, and not moderate, according to the “Environmental zoning for the implementation of renewable energies”, a tool developed by the Ministry for Ecological Transition and the Demographic Challenge.

In view of this regulatory change, the Sole Transitory Provision provides that projects located in areas of moderate sensitivity will continue to be processed in accordance with RDL 6/2022 without being affected by the new regulation.

In addition, in order to reinforce public participation in the procedure for the issuance of environmental impact reports, the obligation of the environmental body to publish the announcement in the BOE (Official Gazette) has been added.

It also incorporates the possibility of making the appropriate environmental observations during the public information procedures.

Modifying art. 46 of the previous Royal Decree-Law 06/2022, art. 1.13 of the Royal Decree-Law we are dealing with establishes that “the lessee of a housing rental contract subject to Law 29/1994, of November 24, on Urban Leases whose rent must be updated because the corresponding annuity of validity is fulfilled within the period between the entry into force of this Royal Decree-Law and December 31, 2022, may negotiate with the lessor the increase to be applied in that annual update of the rent”.

The conditions for such negotiation will be:

– The rent increase will be that resulting from the new agreement between the parties, without exceeding the result of applying the annual variation of the Competitiveness Guarantee Index as of the date of such update.

– The month of reference for the update will be taken as the month corresponding to the last index published on the date of the update of the contract.

– In the absence of this new agreement between the parties, the increase in rent will be subject to the same limitation.

According to this provision, a large tenant will be considered to be “the natural or legal person who owns more than ten urban properties for residential use or a built surface area of more than 1,500 m2 for residential use, excluding in any case garages and storage rooms”.

– The rent increase will be that resulting from the new pact between the parties.

– In the absence of this new agreement between the parties, the rent increase may not exceed the result of applying the annual variation of the Competitiveness Guarantee Index as of the date of such update.

SUSPENSION OF THE EVICTION AND LAUNCHING PROCEDURES, AND ADAPTATION OF THE REGULATION ON THE COMPENSATION DEMANDABLE BY THE LESSOR OR OWNER:

By means of this amendment, it is provided that:

– From the entry into force of this Royal Decree-Law until December 31, 2022, in all verbal trials dealing with claims for rent or amounts owed by the tenant, or the expiration of the term of duration of contracts entered into pursuant to Law 29/1994, of November 24, on Urban Leases, who intend to recover possession of the property, the lessee may request an extraordinary suspension of the eviction or launching before the Court for being in a situation of economic vulnerability that makes it impossible for him/her to find an alternative housing for him/herself and for the persons with whom he/she lives.

– This can happen without prejudice of whether or not the process has been previously suspended in the terms established in section 5 of article 441 of Law 1/2000, of January 7, of Civil Procedure.

– If no date has been set for the launching, because the ten-day period referred to in Article 440.3 of Law 1/2000, of 7 January, on Civil Procedure, has not elapsed, or because the hearing has not been held, the said period or the holding of the hearing will be suspended.

In order for the suspension referred to in the Royal Decree-Law to operate, the lessee must:

–Accredit that he/she is in one of the situations of economic vulnerability described in letters a) and b) of article 5.1 of the aforementioned royal decree-law by presenting the documents provided for in article 6.1.

–The Legal Counsel of the Administration of Justice will transfer said accreditation to the claimant, who within a maximum period of ten days may prove before the Court, by the same means, that he/she is also in the situation of economic vulnerability described in letter a) of article 5.1 or at risk of being in this situation, in the event that the measure of suspension of the launching is adopted.

Once the above writs have been presented, the Counsel for the Administration of Justice must immediately transfer to the competent social services all the documentation and will request from said services a report, which must be issued within a maximum period of ten days, in which the situation of vulnerability of the tenant and, if applicable, of the lessor, is assessed, and the measures to be applied by the competent administration are identified.

After this, the Judge will:

– Dictates an order in which he/she will agree to the suspension of the launching if the situation of economic vulnerability is considered accredited and, if applicable, that the vulnerability of the lessor should not prevail.

– The order fixing the suspension will expressly state that on December 31, 2022 the computation of the days referred to in Article 440.3 of Law 1/2000, of January 7, of Civil Procedure will be automatically resumed, or a date will be set for the holding of the hearing and, if appropriate, the launching, depending on the stage of the proceedings.

Before the end of the maximum suspension period:

– The competent public administrations must adopt the measures indicated in the social services report or others that they consider appropriate to satisfy the housing need of the person in a situation of vulnerability that guarantee their access to decent housing.

– Once these measures have been applied, the competent Administration will have to communicate it immediately to the Court, and the Lawyer of the Administration of Justice will have to dictate in the maximum term of three days a decree agreeing the lifting of the suspension of the procedure.

Likewise, for the effects foreseen in article 150.4 of Law 1/2000, of January 7, of Civil Procedure, it will be understood that the consent of the lessee is given by the mere presentation of the request for suspension.

a) When it has taken place in a property owned by a natural person, if in said property he/she has his/her habitual residence or duly accredited second residence, without prejudice to the number of dwellings of which he/she is the owner.

c) When the entry or permanence in the property has taken place by means of intimidation or violence against persons.

d) When there are reasonable indications that the dwelling is being used for illicit activities.

e) When the entry or permanence has occurred in publicly or privately owned properties intended for social housing and housing had already been assigned to an applicant by the administration or entity that manages such housing.

If you want to know more details about how these modifications can affect you, you can contact us or read the new updates of the blog.